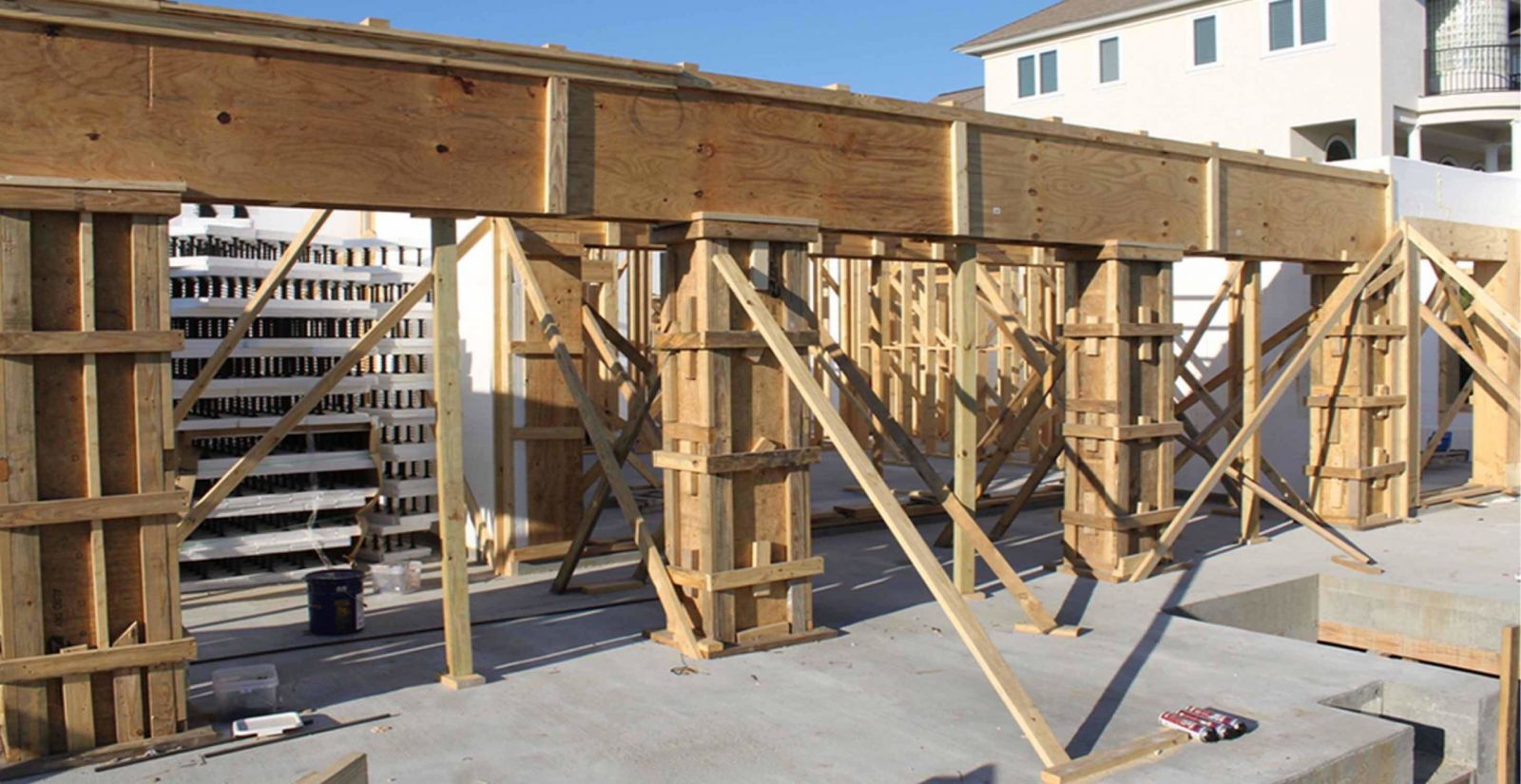 The building formwork is a temporary support structure, which is produced according to the design requirements, to make sure that the concrete structure and components are developed according to the specified setting and geometric dimension, preserve their correct position, as well as bear the self-weight of the structure formwork and the exterior load acting on it. The function of formwork engineering is to guarantee the high quality of concrete engineering and construction security, speed up the construction progression and decrease engineering expenses.

The building formwork structure used in the construction of cast-in-place concrete formwork is mainly composed of three parts: panels, support structures and connectors. The plywood is the load-bearing slab that straight get in touches with the freshly poured concrete; the support structure is a temporary structure that supports the panel, concrete and construction tons, guaranteeing that the building formwork is firmly combined without deformation or damage; the connector is the connection between the panel and the support Fittings that connect structures into a whole.

Combined steel formwork is a new type of formwork ‘substituting steel for wood’ with the advantages of strong flexibility, convenient assembly and also disassembly, as well as several turn over times in contemporary formwork innovation. It can be used in the construction of cast-in-place reinforced concrete structures. According to the design requirements, the large-scale formwork of beams, columns, wall surfaces and slabs is assembled, and the entire is raised in place, and also the method of bulk disassembly can also be used.

Building formwork has a vital influence on the quality assurance of the project in the construction of the task. The smoothness and flatness of the formwork surface will directly affect the flatness of the engineered concrete surface. For that reason, template production must be based on strict manufacturing procedure control, as well as the manufacturing process technology should be improved in the web links of resources, gluing, hot pressing and trimming. The specific production process is as follows:

Knowledge points about wooden based board and plywood, series seven.

Plywood and its physical and mechanical properties

Melamine board production process and precautions